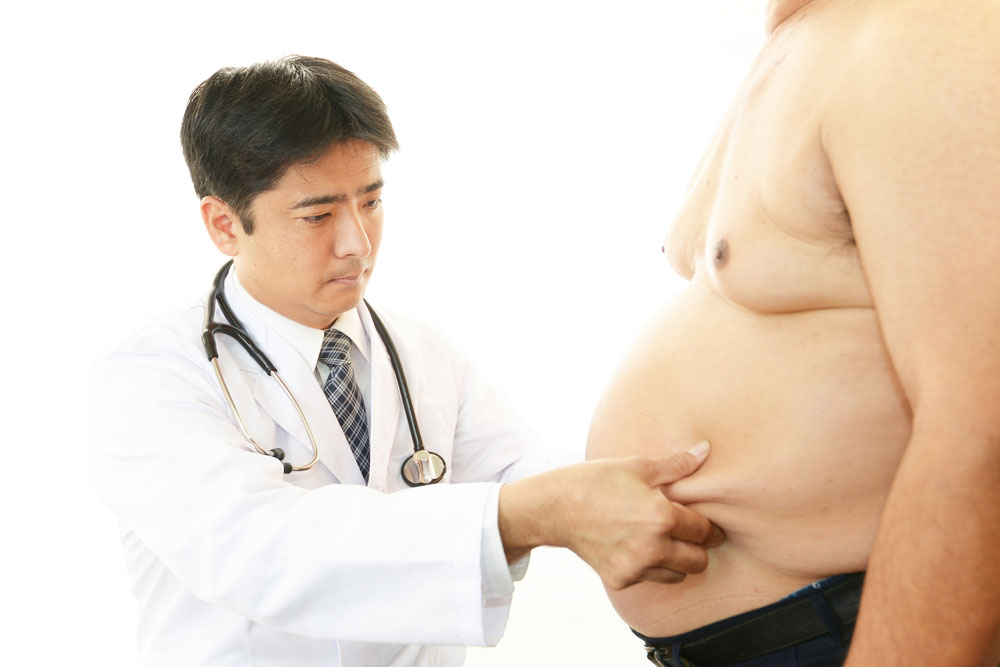 Public health experts have for decades been on the front lines of the fight against the growing obesity crisis in the U.S. – simultaneously trying to educate the public in healthy eating habits and urging lawmakers to enact policy to support anti-obesity initiatives. The most recent data cited by the Centers for Disease Control and Prevention paint a picture of 36.5 percent of U.S. adult population, roughly 78.6 million people, qualifying as obese. Defined as having a body mass index of 30 or higher, obesity has been shown to lead directly to an increased risk of health problems such as Type 2 diabetes, coronary heart disease and stroke, hypertension, arthritis and even cancer.

Focusing on the crisis from a top-down legislative perspective is often justified by citing the vast economic cost of obesity-related ailments and chronic illnesses associated with unhealthy eating: Data from a new study by the Center for Social Dynamics and Policy, in partnership with the World Food Center of the University of California-Davis, suggest the the lifetime societal and public health cost of obesity is on average $92,235 per person higher than those within a healthy weight range.

“All of us are paying these costs,” John Cawley, an economics professor at Cornell University, told Bloomberg.

Cawley points out that obesity related medical-care costs are typically distributed throughout health care networks – and often subsidized by federal and state-level health care spending – effectively meaning that those within healthy weight ranges are effectively paying for treatment of obesity-related ailments.

With this in mind, the state and federal government have a strong economic incentive to curb obesity and reduce the strain on annual budgets and taxpayers. This has led to several distinct public health initiatives sponsored by state lawmakers – with varying results.

One of the most prominent targets for public health officials and state lawmakers looking to fight the obesity crisis is sugar. According to a recent article published by the American Diabetes Association “Dietary Sugar and Body Weight: Have We Reached a Crisis in the Epidemic of Obesity and Diabetes?”, added sugar is present in nearly 75 percent of all foods. This sugar has been shown in randomized controlled trials in children and adults to have a direct connection to weight gain.

The ADA in particular looks at the consumption of sugar in sugar-sweetened beverages like soda and sweetened juices. The report details how consumption of soft drinks has increased fivefold since 1950, going from 10.8 gallons per person in 1950 to 49.3 gallons per person in 2000. This increase in SSBs mirrors the rise of diabetes, metabolic syndrome and cardiovascular disease.

“Our proposition is that sugar and related caloric sweeteners in the amounts now consumed pose a substantial risk and that the public needs to be better informed about these risks as they select the food they eat,” wrote the study’s authors George Bray and Barry Popkin.

In response, SSBs – and soda in particular – have become a focus of state laws looking to mitigate obesity. One of the most well-publicized of these initiatives was a New York City 2012 regulatory proposal put forth by then-Mayor Michael Bloomberg to limit the sales of SSBs in quantities exceeding 16 ounces. Called the “Sugary Drinks Portion Cap Rule” but widely referred to as the “Soda Ban,” the proposed law would have covered fast-food franchises, delis and movie theaters, but convenience stores and grocery markets would have been exempt.

At the time, New York Health Commissioner Thomas Farley told the BBC the measure was “a historic step to address a major health problem of our time.” However, as a contemporary New York Times survey showed, the ban was largely unpopular amongst the city’s residents and received criticism from both the public and soft-drink industry lobbyists – with the later group framing the ban as a an infringement on consumer rights and civil liberty. After nearly two years of legal wrangling, the ban was finally killed by the New York State Court of Appeals, with Judge Eugene F. Pigott Jr. writing how the city’s Board of Health “exceeded the scope of its regulatory authority” by putting forth the ban.
“It casts a cloud over the ability of administrative agencies to engage in innovative forms of regulation,” Richard Briffault, a law professor at Columbia who filed a brief supporting the Board of Health, told The New York Times.

Even with this major blow to trying to enact change via legislative policy, lawmakers and public health experts are still continuing to pursue regulatory measures. The 2015 recommendations from the Dietary Guidelines Advisory Committee included several suggestions related to SSBs – as well as meat consumption and sustainability – with one of the most prominent being a proposed tax on sugary sodas and snacks.

“What we’re calling for in the report in terms of innovation and bold new action in health care, in public health, at the community level, is what it’s going to take to try and make a dent on the epidemic of obesity,” committee chairwoman Barbara Millen of Millennium Prevention told Bloomberg.

The proposals, rather than focusing on the volume of a beverage that could be sold, would take aim at added sugar content, setting a healthy rate at no more than 10 percent of calories derived from sugar. This is down from the average 13 percent now consumed by U.S. adults.

The proposal of a tax functions effectively in several ways that an outright ban does not: For one, taxes on SSBs have typically been seen more favorably by the public than bans, as exemplified by the nation’s first tax on soda being passed by a majority of voters in Berkeley, California. Additionally, as the tax may subtly encourage consumers to reduce the amount of SSBs they drink, those that continue to drink sugary sodas may effectively offset the cost of obesity through the additional revenue.

“Using the revenues from the higher sugar-sweetened beverage taxes for nutrition health promotion efforts or to subsidize fruits and vegetables could have public health benefits,” the DGAC advisory panel told Bloomberg. The proposal additionally mentions that revenue from SSBs could be earmarked for “nutrition education initiatives and obesity prevention programs.” 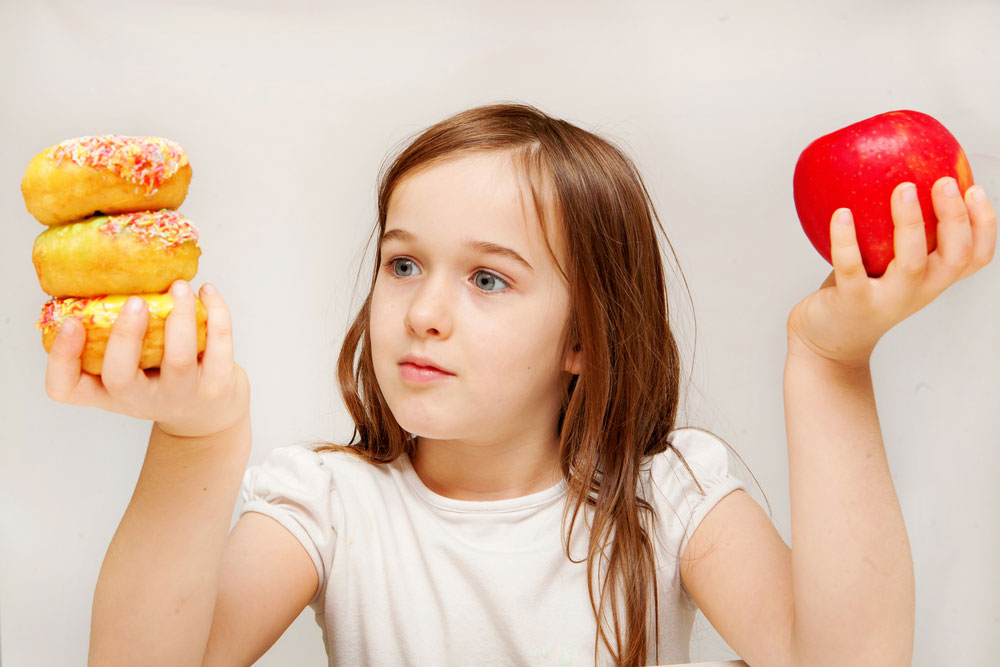 With so many proposals being floated, the question becomes what tangible impact these state laws regulating nutrition have on health outcomes. Due to the difficulty in passing these laws, this data can be scarce. However, several studies conclude that these laws may have a positive effect on public health.

One such study, published in the Elsevier journal of Preventative Medicine, examined laws related to school nutrition. In recent years, laws governing the nutritional content of meals available in schools have been easier to pass than those applying to the adult populace, leading to a greater wealth of data for children and teens in elementary, middle and high school settings. The study’s author, Deepak Palakshappa, looked at the sale of competitive food and beverages – food that competes directly with federally reimbursable meal programs – and found that the states that had laws limiting the sale and advertisement of competitive food and beverages saw reduced odds of obesity compared to states with no laws.

Both of these studies conclude that additional research needs to be conducted before a causal relationship can be proven, but that the laws restricting the commonly associated drivers of obesity seemed to be having a measurable impact on obesity rates. This underscores the vital need for public health officials to continue work to continue the study of nutrition and its impact on health outcomes, as well as work with local lawmakers to seek solutions to the crisis.