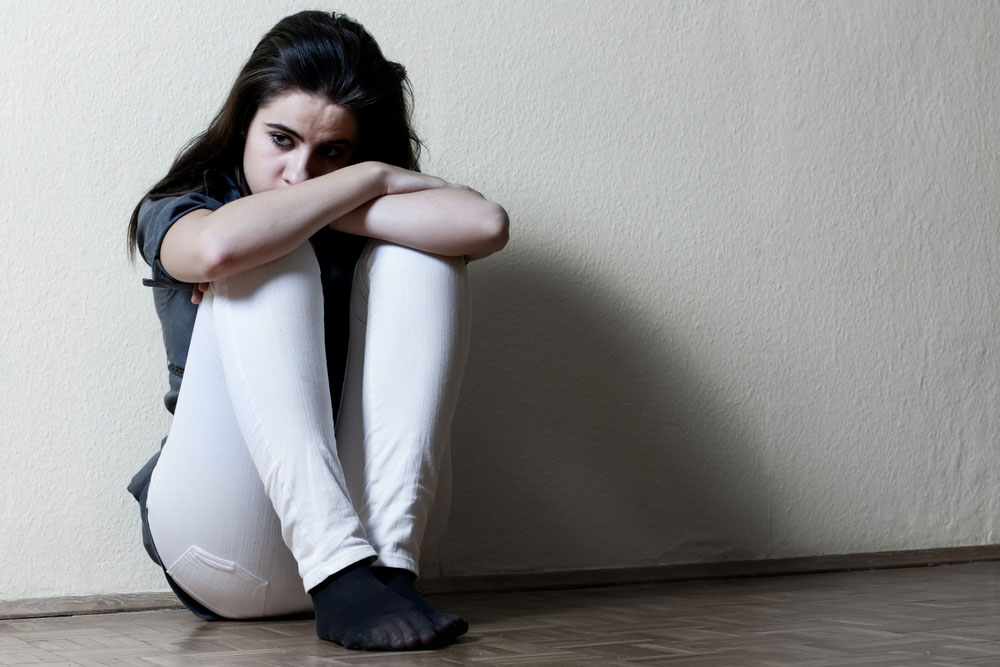 Suicide and suicidal behavior occupies a unique space within the public health sphere: While organizations like the Centers for Disease Control and Prevention have studied and published data at length tracking the rise and ebb in suicide rates, accompanied by official recommendations, the topic remains esoteric – bordering on taboo – among many public health officials. This can perhaps be attributed to the fact that, despite rates of suicide being quantifiable, the underlying motivations – and often the long-standing ramifications – of suicide are less apparent.

Further complicating the study and response to suicide from a public health perspective is the nature of suicide itself. Seen by many as a personal “choice,” the combination of ingrained religious attitudes, social mores and the wide variety of psychological predictors and drivers for suicidal behavior make the topic difficult to study and mitigating like the spread of a biological disease or viral infection. Yet with rising rates of suicide across the country and suicide being seen by many experts as preventable, public health officials have a meaningful role to play in the study and implementation of more effective treatment options.

To start, public health officials must understand the scope of the problem. Already, this poses a challenge, as on the surface, suicide sets up an outcome binary: A person either ends their own life or they do not. Yet simply by exploring the taxonomy of suicide and suicidal behavior, a more complex picture emerges.

The CDC in its paper “Suicide Prevention: A Public Health Issue” – part of the ongoing “Enhanced Evaluation and Actionable Knowledge for Suicide Prevention Series” – defines suicidal behavior as one or a combination of three behaviors:

While you can measure the latter two behaviors simply by counting the numbers of self-inflicted harm reported by hospitals and coroners, the former behavior is harder to quantify. While suicidal ideation is considered by some to be a key metric in identifying risk of self harm and suicide, others – like Allison Milner, Ph.D., a specialist at the University of Melbourne, claim this connection may not be as strong as it appears.

“[Although] suicide ideation and behaviors are related there is not necessarily established linear relationship between thoughts about suicide, attempts and deaths,” she wrote in “Response to Risk Factors for Suicide Ideation in the Workplace,” published in the Journal of Occupational & Environmental Medicine. “Suicide ideation is also an indicator of psychological distress and mental illness. Because of this, it should be treated as a separate and distinct outcome from suicidal behaviors.”

One of the more intriguing aspects of the suicide phenomenon is that it impacts different populations in distinct ways. According to the CDC, suicide disproportionately affects young people: It is the third leading cause of death among 15-24 year olds and the second leading cause of death among 25-34 year olds, making it the overall the second leading cause of death among youths and young adults aged 10–34 years. Yet the issue is systemic nationwide and growing more devastating every year: In the CDC’s 2016 morbidity and mortality report, the data showed that the overall suicide rate increased 27 percent from 2000 (12.1 death per 100,000 population) to 2014 (15.4 per 100,000). The CDC also points out that adults aged 35–64 years are an emerging group at risk, with suicide rates increasing 33 percent since 2000.

This comes in stark contrast to the fact that, according to Jeffrey W. Swanson, PhD, in his academic article “Getting Serious About Reducing Suicide,” between 2005 and 2012, age-adjusted mortality rates declined for all 10 leading causes of death in the United States – all save for suicide.

“What is different about suicide, and why has there been so little progress in preventing it?” Swanson asked. “Recent declines in death rates from heart disease, cancer, and stroke have been attributable not only to a more precise understanding of the underlying pathophysiology of these conditions and development of more effective ways to treat them, but also to use of potent public health approaches to modify the behaviors and environments that increase risk of these diseases in the population (e.g., tobacco control).”

On top of that, according to the CDC, men are more likely to commit suicide than women – nearly four times so. In addition, white, non-Hispanic populations are at a lower risk than their ethnic counterparts by degrees of magnitudes depending on which ethnic group they are being weighed against.

More interesting, geography may even be a factor in suicidal behavior risk. A study in 2015 titled “Suicide as a public health issue in the state of Florida” showed a distinct trend from 2000 to 2010 wherein patients for intentional self-harm to Florida hospitals were more common in rural counties than in urban settings.

One of the groups that has been shown to be at the most at risk for suicide is the mentally ill. As Swanson points out, the connection between those struggling with mental illness and mood disorders and suicide is strong enough to characterize as “intertwined.”

While this correlation is strong and uncontested, the fact is that that even organizations committed to the study of mental illness seem unwilling to put significant resources into suicide study and prevention. As Swanson pointed out, in the National Institute of Mental Health 2015 budget, the organization only allocated 1.4 percent of its research funding to suicide prevention studies, whereas 31 percent was allocated to funding neuroscience and basic behavioral science studies.

The CDC reaffirms this connection, though adds that “mental health treatment should not be the only prevention strategy,” pointing to data showing that 70 percent of those who committed suicide were not receiving mental health treatment at the time of their death, and approximately 80 percent did not have a known history of previous suicide attempts.

Factors that contribute to suicidal behavior

In addition to mental illness, there are a variety of factors that data shows contributes to rates of suicide. According to the CDC, some of these risk factors include:
● Depression
● Intimate partner problems
● Physical health conditions
● Financial challenges
● Legal problems
● Personal or family experiences of violence, e.g. child abuse, neglect or family history of suicide
● Broader community conditions, such as high crime rates and violence

Other factors that contributed to suicide rates were media depictions of suicide, whether real or fictional. This has been shown to contribute to what clinicians call “suicide clusters,” where a notable suicide may temporarily cause localized spikes in other suicide attempts. This fear of clusters has actually led to policy recommendations by the CDC, as well as the World Health Organization and the Canadian Psychiatric Association. Public health officials looking to stem the rise of suicide may want to look at these clusters and focus on the media transmission of factors that exacerbate suicidal ideation.

In his research, Swanson points to what he calls the “most important modifiable risk factor”: access to firearms. His research showed that guns were used in 51 percent of completed suicides in 2013, with firearms having a 84 percent self-injury fatality rate; the average case-fatality rate for intentional self-injury using other means is 4 percent.

“Strong evidence supports the scientific consensus that access to firearms in the home is associated with a significantly increased suicide risk and that reducing gun access for people at risk will reduce suicide,” Swanson wrote.

The CDC itself identified “easy access by persons at risk to lethal means (e.g., large amounts of medication or unlocked firearm)” as a risk factor as well. However, with the national climate of wariness around legislative gun control measures, it seems unlikely that this data is going to result in federal or state-level change. Evidence of this resistance came when, in 2015, President Obama’s proposal of a 29 percent increase to the CDC’s “injury prevention” budget was blocked by Congress due to the “gun violence prevention research” contained in the recommendation.

The field of public health has a long history of unsuccessful pushing for gun control measures, making it perhaps a less than fruitful path to better health outcomes. In this regard, public health experts may be best served by focusing on the culture of guns and gun violence, continuing to educate and advocate for restricted access yet back possible outcomes up with data. 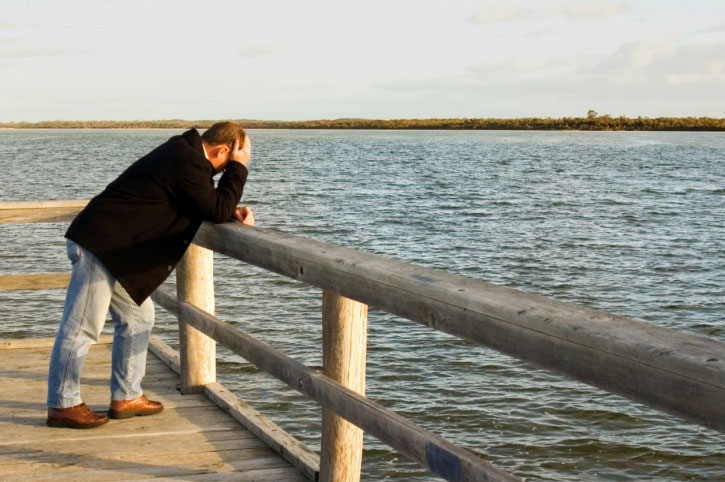 Crucially, the CDC and other experts all urge that suicide prevention efforts be rolled into public health. This is, in no small way, attributable to the incredibly high cost of suicide – not just on the families of those directly affected by it, but in the nation as a whole.

In the CDC’s 2015 publication “Preventing Suicide: A Comprehensive Public Health Approach,” it presented data showing that, between medical costs and lost wages, suicide costs $51 billion annually. The CDC also makes clear that these numbers may in fact “underestimate the severity of the problem,” with the true costs associated with suicide taking place over a longer period of time and at a greater scale.

With this high of a cost associated, what can public health officials do to help address the problem? According to Swanson, the NIMH is currently conducting larger studies of the phenomenon, publishing its “New Research Agenda for Suicide Prevention” in 2014, which put forth an agenda that includes better risk detection, outreach and treatment.

“To reduce suicide, we need to know how to target our efforts: to be able to reliably identify who is at risk, how to reach them, and how to deter them from acting on suicidal thoughts,” former NIMH Director Thomas Insel wrote at the time. “The stated goal of the Research Agenda is to reduce suicides by 20 percent in five years and 40 percent in the next ten (assuming all recommendations are fully implemented).”

● Continuing to to improve surveillance efforts.
● Conducting more rigorous evaluation on programs and their outcomes.

As suicide is likely to continue to be a serious cost for Americans in years to come, public health officials are best concentrating efforts on looking at the true drivers of suicide rates – mental health, access to guns, etc. – as well as study the reasons why certain populations are particularly vulnerable. With this approach, a significant reduction in annual suicides and suicide attempts is well within reach.